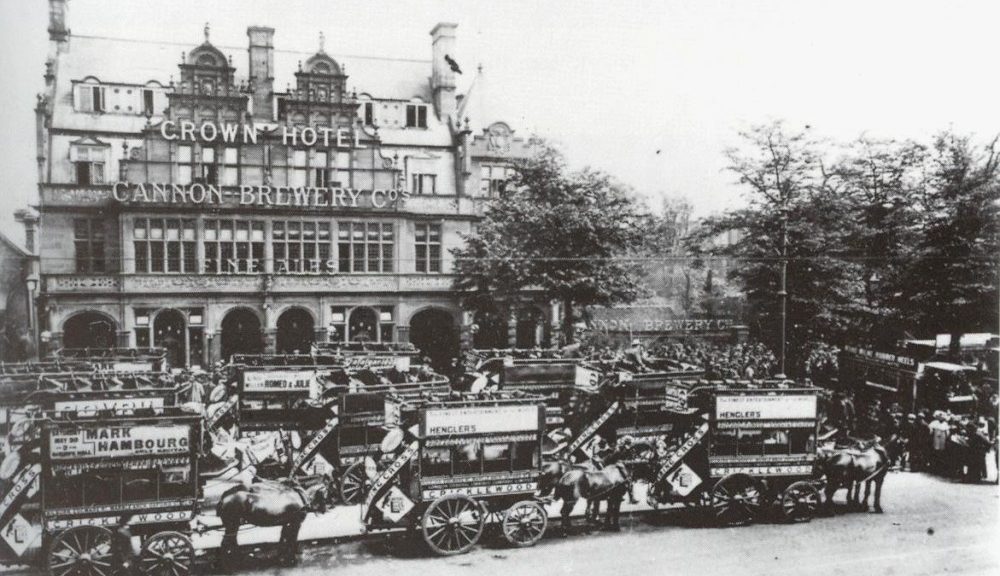 As we prepare the launch of our latest new build homes at Uniquely Cricklewood, we have found out some rather interesting information about the local area future buyers may be interested in. Here are a few bits that we have learned…

Dollis Hill settlements date back to the Early Iron Age! Also notable is the Edgware Road, where our Uniquely Cricklewood development is located. Edgware Road is Roman road, and an important route into London for centuries. This road was used as way to transport goods in and out of the city.

Established in 1294, the first official small was seen at the junction of Cricklewood Lane and the Edgware Road, more than 700 years ago! The name of the area as we know it today was picked by a small settlement in 1321. Cricklewood means wood with an uneven outline, which at the time was the reality of the place. Today is an amazing area, specially if you are thinking of buying a new built home! Check HERE 6 good reasons to do it!

The Crown, still famous around the area, was providing for coach travelers, and by 1800 it had a handful of cottages and Cricklewood House as neighbours and was known for its “pleasure gardens”. The Crown was ‘an ivy clad house with pretty tea-gardens and a skittle alley’. You can still visit the insides to this day.

The opening of the Willesden Green Metropolitan Railway Station in 1879 gave the development a boost. As you can see, good transport links has always been a common around Cricklewood. By 1900, it was impossible not to notice ‘the great improvements that have taken place in Cricklewood. Cricklewood was now a recognizable district, with churches, chapels, and a school. The town got its own newspaper in 1900.

Did you know that Cricklewood was home to the largest film studio in the country in 1920? After the aircraft factory had been dismantled, the space was then used as the production base for Stroll Pictures during the silent era. Also related to the film industry, the Cricklewood Pumping Station, built in 1905, was used as a double for the Titanic’s engine rooms, for the 1997 film, Titanic. That just shows that the cultural richness of Cricklewood is not something new.

Cricklewood was also home to Smith’s Industries. This started in 1915 as S. Smith & Sons, on the Edgware Road, established to manufacture fuses, instruments and accessories. By 1939 it was making electrical motors, aircraft accessories and electric clocks. As the company grew it acquired other companies and sites overseas but Cricklewood remained the most important site, with 8,000 employees between 1937 and 1978.

The Welsh Harp Reservoir was used for amphibious tanks (that can travel on land and water) tests during the First World War! You can see what nowadays the Reservoir looks like on our Instagram.

.In the late 1930s, in response to the approaching threat of the Second World War, the government built an underground citadel for the War Cabinet in the GPO Research Station’s grounds, but it was hardly used. More notably, the components of Colossus, arguably the world’s first electronic computer, were made at the Research Station before being sent to the codebreaking center at Bletchley Park, Buckinghamshire. In 1949, Cricklewood had a population of 19,586, and a good shopping centre that attracted many shoppers from outside the area.

We are happy to be present in a place with so much history and so much culture.

For more information about buying an apartment or town house at Uniquely Cricklewood, contact: 0207 409 8756  newhomes@savills.com